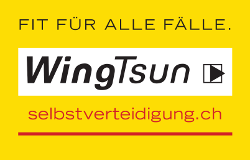 With brains instead of brute force

WingTsun is one of about 400 different Kung Fu styles and probably the most logical martial art of all. And one of the very few that also enables physically weaker people to defend themselves efficiently.

She uses all physical and geometrical possibilities of the body with refinement to derive the impacting force of the attack. A potential attacker is physically superior in most cases. This makes it all the more important that it is not one's own physical strength that leads to the goal, but a clever approach.
WingTsun teaches to behave according to basic principles, so that in an emergency the decision as to which technique is to be used is omitted. In an assault, intuitive action has the greatest speed and best chance of success.